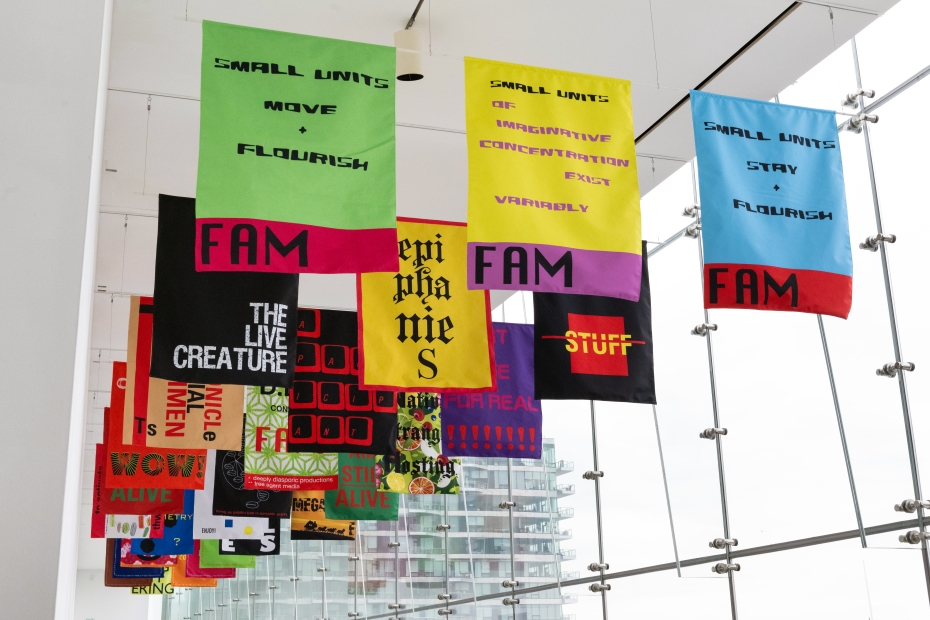 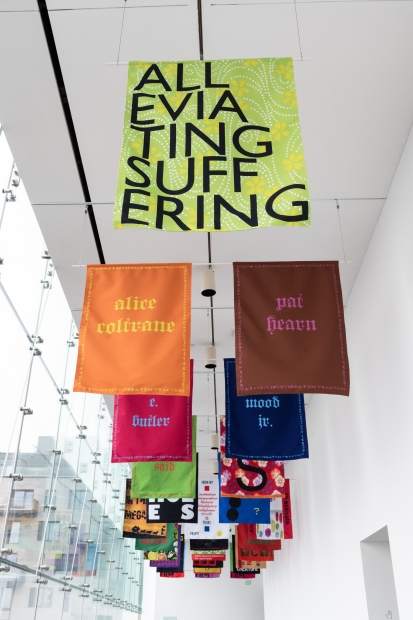 Somerville-based artist, filmmaker, and writer Renée Green is known for her densely layered, multifaceted artworks, which include room-filling multimedia installations, films, sound-based works, and photography. Space Poem #1 is a new acquisition to the ICA’s collection, presented for the first time in the ICA’s Founder’s Gallery.

In 2007, Green began making vibrant, hanging banners emblazoned with expressive designs, poetic phrases, and personal references visualized in the formal language of advertising. These Space Poems, as the artist calls them, are experiments in associative thinking fused with the artist’s interest in printmaking, design, typography, and architecture. They have appeared in interstitial spaces, such as hallways, and draw attention to the underutilized architectural spaces within museums. The banners are printed with a variety of texts and graphics and include wide-ranging quotations from figures such as musician Alice Coltrane and writer Octavia E. Butler, as well as political phrases and slogans. Presented overhead to be read, reread, and even misread, Green invites viewers to create their own poems, word associations, and connections. Space Poem #1 articulates a visualization of space, thought, and color that slows the act of looking and reflects on the capacious nature of language.

Space Poem #1 was acquired through the generosity of the Acquisitions Circle and Anonymous Art Acquisition Fund. 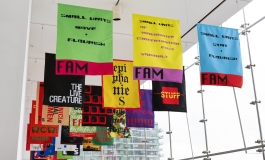