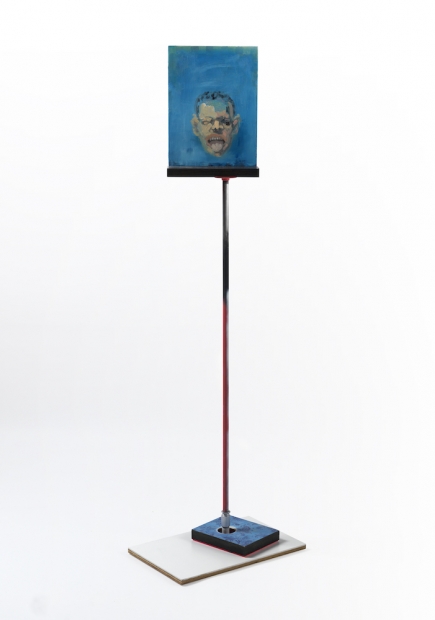 For several years Boston-based artist Steve Locke has been making images of male heads with their tongues sticking out—a curious expression that suggests disgust or dislike as much as it does teasing or flirting. Lushly painted in a wide-ranging palette, they are alternately disturbing, comical, vulnerable, and sensual. Locke’s works challenge the historical tendency in portraiture to depict men as authoritative and powerful by suggesting a more ambivalent array of ideas and emotions regarding masculinity. His first solo museum exhibition, there is no one left to blame features twelve all-new works—including a “constellation” of paintings, paintings affixed to sculptural supports, and a neon work bearing the show’s title.

The male faces in Locke’s portraits float disembodied within the canvas, evoking a range of references—from the myth of Medusa to historical traumas such as the French Revolution or the lynching of African-Americans to current anxieties about terrorism, war, and torture. In addition to this layered and nuanced field of associations, Locke is also experimenting with a variety of display strategies for paintings. Whether embedding them in the wall of the museum, or propping them onto sculptural supports, Locke’s treatment of oil paintings—traditionally simply hung on the wall—is commensurate with his complication of our conventional images of men. In both instances, Locke’s work pushes boundaries and suggests subtle hopes for new ideas and expanded freedoms.

Steve Locke is an Associate Professor at the Massachusetts College of Art and Design. His work has been exhibited in several solo and group shows, and he has served as Artist-in-Residence at Savannah College of Art and Design and the Skowhegan School of Painting and Sculpture. Locke has received numerous awards including the LEF Foundation Contemporary Work Fund Grant and the Art Matters Foundation Award. He lives and works in Boston.

Support for Steve Locke: there is no one left to blame provided by Samsøn. 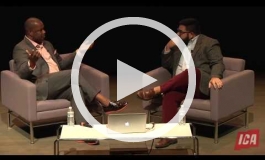 In the Studio with Steve Locke 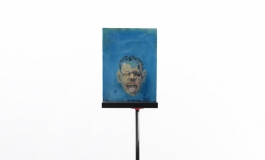