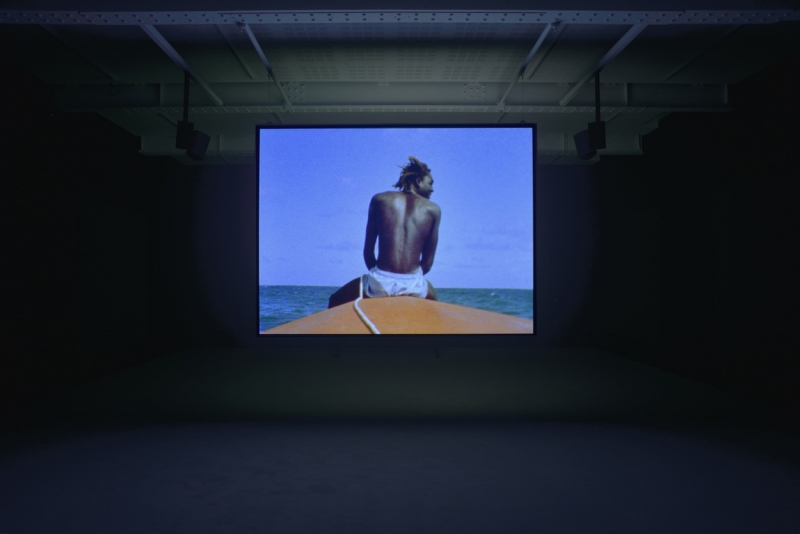 The ICA/Boston is pleased to present the U.S. debut of Ashes (2002–2015), a video installation by the artist and filmmaker Steve McQueen (b. London, UK, 1969). A standout from the 56th Venice Biennale in 2015, Ashes presents footage on two sides of a freestanding screen. One side, originally shot on soft, grainy Super 8 film, shows a young, carefree fisherman named Ashes balancing playfully on a pitching boat against a horizon of blue sky and water. The other side shows a second projection, shot in 16mm film, that chronicles Ashes’s unexpected fate. Never seen together, yet linked by a shared soundtrack, the videos conjure an easy vitality and a vivid description of place against the darker forces of society and fate.

With moving-image works that create exquisite, visceral relationships between bodies and the spaces that surround or confine them, McQueen’s practice has developed from iconic silent videos to poignantly sound-driven works over the past twenty years. McQueen is the recipient of the 1999 Turner Prize and an Academy Award for his 2013 feature film 12 Years a Slave, among many other honors. The ICA introduced McQueen to Boston audiences with a film presentation in 1995.

Steve McQueen’s Ashes is a gift of Tristin and Martin Mannion. 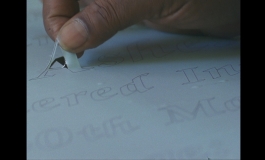