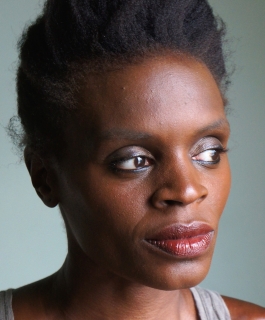 As a performer, Okpokwasili frequently collaborates with award-winning director Ralph Lemon, including How Can You Stay in the House All Day and Not Go Anywhere?; Come home Charley Patton (for which she also won a New York Dance and Performance “Bessie” Award); a duet performed at The Museum of Modern Art as part of On Line: Drawing Through the Twentieth Century; and, most recently, Ralph Lemon’s Scaffold Room.