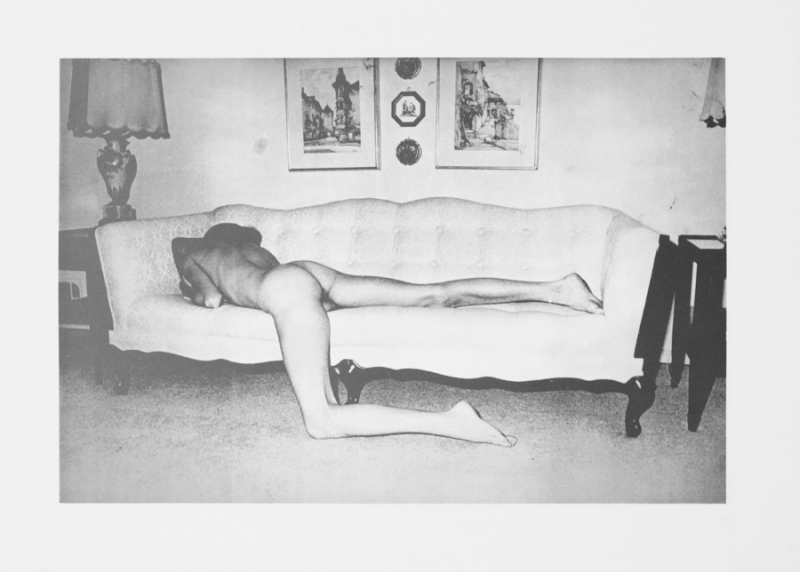 Photographer Jimmy De Sana was part of the countercultural “punk” community of artists and musicians living in New York’s East Village in the 1970s and ’80s. Among his best-known works are portraits of important figures from that scene, including Debbie Harry and Billy Idol, though these constitute only a small part of his practice. With work that is personal, surrealistic, and often shocking in its treatment of sexuality, De Sana helped raise the standing of photography in the art world and increased critical respect for the medium.

101 Nudes comprises 56 halftone black-and-white photographs of nude and partially nude figures posing inside or just outside homes. The artist was 20 years old and attending college in Atlanta when he first printed the series in 1972. The figures, which include De Sana’s friends as well as himself, are photographed from a variety of viewpoints. Although the series shows the influence of “grainy” pornography from the 1950s, the postures of the figures do not seem to suggest or invite sexual engagement; the artist noted that they are “without eroticism.” Sometimes the photographs feature only a fragment of the body, such as the pelvic area or buttocks. De Sana’s engagement with the history of surrealism has been noted, and these partial views in particular recall the surrealist photography of artists such as Man Ray, who in the 1920s photographed the body parts of friends and lovers in ways that removed them from their context and made them into almost abstract images.

101 Nudes speaks to other pieces in the ICA/Boston’s strong and ever-expanding collection of photography and the art of the 1980s, including works by Philip-Lorca diCorcia, Rineke Dijkstra, Willie Doherty, and Roe Ethridge. It is also part of the ICA’s collection of photographic works in series, joining Dijkstra’s Almerisa series and Nan Goldin’s From Here to Maternity.

Gift of the Jimmy DeSana Trust 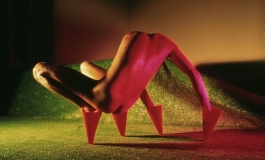