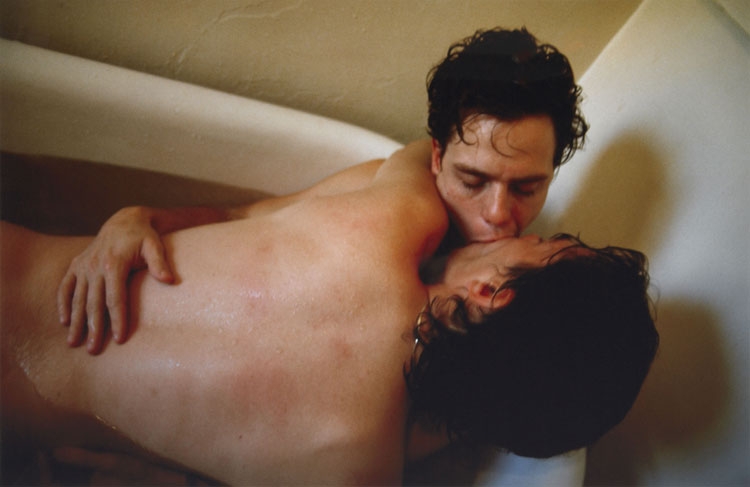 Nan Goldin makes her art from her life. For over thirty years, she has photographed her friends and her scene with an eye that is part documentarian, part poète maudit. Her photographs from the late 1970s and ’80s capture a particularly lively moment in Boston’s past, when she and artists such as David Armstrong, Mark Morrisroe, and Jack Pierson lived and worked in the city, forming what is often referred to as the “Boston School.”

Matt and Lewis in the Tub Kissing, Cambridge captures a poignant encounter, picturing two of her friends tenderly embracing in a bathtub. As is often the case with Goldin’s photographs, one is left wondering how the artist gains such unencumbered access to others’ lives while conveying the impression that the subjects are unaware of her presence. The piece’s significance in relation to Boston extends beyond its maker and subject matter to its role in a notorious censorship controversy. In 1996, the photograph was selected for an exhibition of 325 works of art to be presented in the International Place building as part of ARTcetera, a benefit for Boston’s AIDS Action Committee. The owner of the building, the Chiofaro Company, ordered ten of the images draped and later removed because of their content. In the end, the company reversed its decision on all but two works, one being Matt and Lewis in the Tub Kissing, Cambridge. Both the censored works featured male couples.

In 1985, the ICA/Boston presented Nan Goldin’s The Ballad of Sexual Dependency, making the museum one of the first to exhibit her work; since that time, Goldin has become one of the most influential photographers of her generation. Matt and Lewis in the Tub Kissing, Cambridge, then, marks both the ICA’s early recognition of Goldin and an important historical moment in the city of Boston. 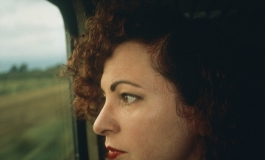