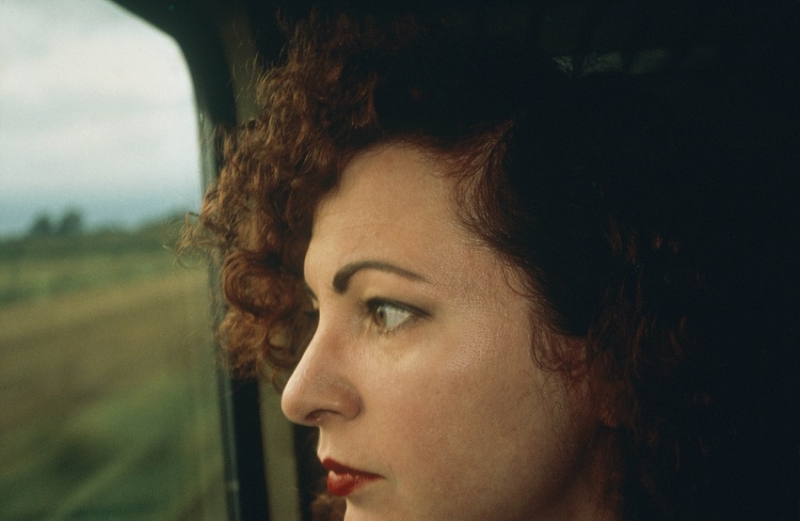 Photographer Nan Goldin is best known for intimate portraits of herself, her family, and her friends, and is acclaimed for her distinctive ability to capture the surreal aspects of the everyday. She was a teenager in Boston, attended the School of the Museum of Fine Arts, and then moved to New York City in the 1970s, documenting the city’s scene and often turning the camera on herself.

Fitting into Goldin’s oeuvre of diary-like photographs, Self-Portrait on the Train, Germany is a closely cropped image of Goldin gazing out a train window. This self-portrait can be seen a metaphor for the artist’s entire oeuvre, which captures the passing landscape of her life as viewed through the lens of her eye/camera. In Self-Portrait on the Train, Germany, Goldin depicts a quiet moment of contemplation, isolation, and anticipation. While laying bare the solitude of the self, Goldin also celebrates the individual ensconced in her inner world as well as the landscape that passes by as she travels between places and times.

Self-Portrait on the Train, Germany is one of a number of photographs by Goldin in the ICA/Boston collection and joins works by other artists who also examine identity and relationships through photography, including Rineke Dijkstra and Catherine Opie.