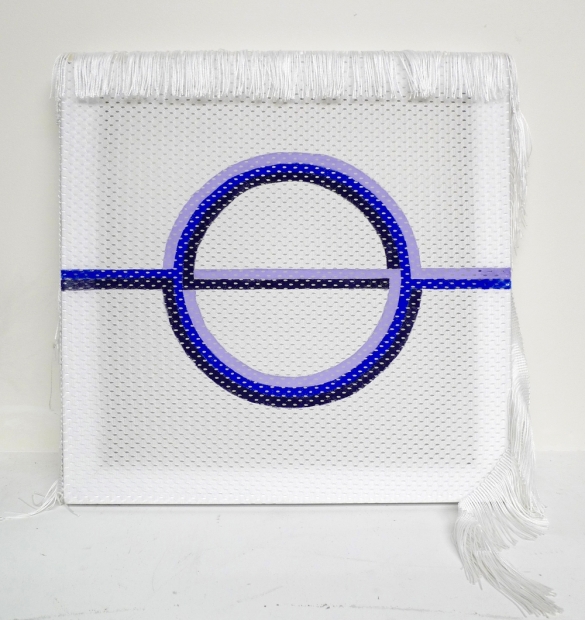 What ICA staff are seeing and doing around town this spring.

From getting a new perspective on the 80s to art book browsing to bingeing on “Queer Threads,” just a few of the things we’re getting into this spring:

The quirky and smart solo exhibition L’œuf et L’œil (The Egg and The Eye) by Maria Molteni at How’s Howard? in the South End is worth a visit before the end of March. Think a perfect Easter color palette spread across tennis panties, a vinyl glove, and smartly executed abstract paintings; it’s a feast for the eyes. 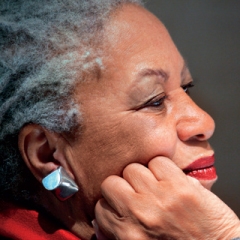 A “professorship” in poetry endowed since 1925, the Norton Lectures series presents free lectures, open to the public, by some of the most influential thinkers and creators of our time. The term “poetry” is loosely interpreted — John Cage, William Kentridge, and Herbie Hancock have shared the honor with the likes of T.S. Eliot and e.e. Cummings. Morrison’s six-part series is titled “The Origin of Others: The Literature of Belonging,” and I can’t imagine a timelier topic or wiser teacher.

CRC/bookshop is a delicious little comment on commerce of the art space and a consideration of its implications (upside: sustainability; downside: commodification). Floor-to-ceiling windows and a spacious wood table beg you to sit and indulge in their brilliantly curated selection of art books, zines, and catalogues. A lovely and light-filled space, it’s appealing in its own right, in addition to be an art-based research piece.

Julianna Barwick creates beautiful and hypnotic layered vocal compositions built mostly on loops of her own voice (which is breathtaking to witness live). She has toured with Sigur Rós in the past and is returning to the Middle East Upstairs on April 28. There are several opportunities to see her in support of her upcoming album, Will, including a special performance at MoMA on April 14, the Space Gallery in Portland, ME, on April 29, and at my personal favorite venue, 3S Artspace, in Portsmouth, NH on April 30. I highly recommend her music for fans of Brian Eno, Björk, or Sigur Rós. 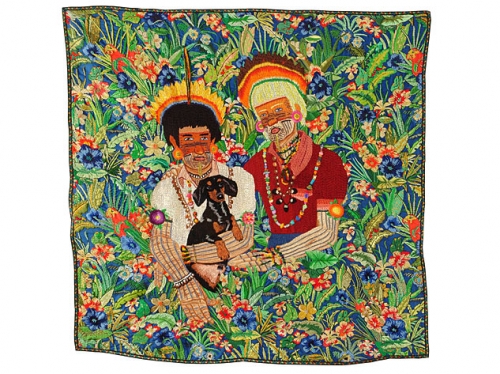 If you too insatiably crave fiber art and have not been satiated since we said goodbye to Fiber: Sculpture 1960–present last January, then get ready for your next fix! Queer Threads (a traveling exhibition organized by the Leslie-Lohman Museum of Gay and Lesbian Art in New York) opens at the Boston Center for the Arts on April 29. While the work is all fiber-y goodness, curator John Chaich has included a range of thematic practices from the personal to the political (and often both); the exhibition is the first time these works from 24 international artists have been shown together to highlight their queerness. The works are mostly contemporary with a few dating back to the 1950s and 70s. I also expect the BCA to organize some excellent programming around this show.

The Flash Forward Festival is Boston’s premier photography festival, celebrating New England and international photographers. There is an array of free programing throughout, including artist talks, opening events, and special exhibitions held all over the city. Check the Flash Forward website for the full schedule of events.

Killer Heels: The Art of the High Heeled Shoe
Currier Museum of Art, Manchester, NH
Through May 15

300 years of fabulous footwear, from architectural marvels to fashion-forward works of art. I saw this exhibition last year at the Brooklyn Museum and am so looking forward to re-visiting my favorites, like Céline’s trompe l’oeil pumps! 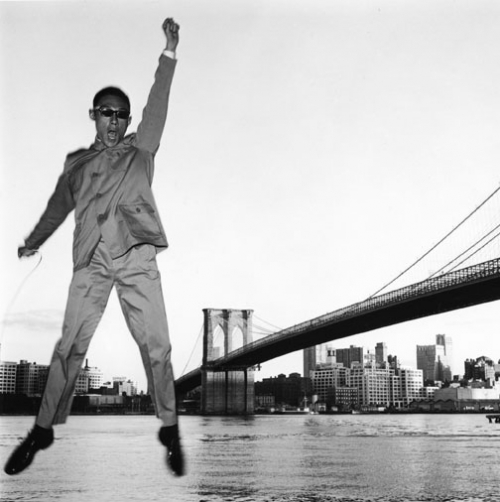 Tseng Kwong Chi: Performing for the Camera
Tufts University Art Gallery
Through May 22

In the past several years, we have seen a lot of interest in the 1980s—an incredibly potent era in regards to the social, cultural, and political in the United States. With illuminating shows and important scholarship on this period (including This Will Have Been), people are continuing to examine, with new perspectives, the artists and artmaking of this decade, its various contexts (New York in particular), and its effects on the arts and broader cultural realms.

Recently, the emphasis has started to shift toward diverse, lesser-known figures who indelibly impacted the arts of this era, such as Tseng Kwong Chi. This first major museum exhibition of Tseng’s work (which originated at New York University’s Grey Art Gallery last year, to great reviews) showcases not only the artist’s influence on the downtown arts scene, but also his exploration of pertinent themes such as identity, identity politics, and the tenuous, even imposed or disingenuous, relationship between east and west (as seen in both of his iconic photographic series, East Meets West and Expeditionary Series) with the sort of humor and thoughtfulness that seemed pervasive at the time. Raised in Hong Kong before moving to Canada at age 16 (and to New York in his twenties), Tseng provides nuanced as well as inclusive viewpoints — as “non-Western,” an immigrant, a gay man — that augmented the cultural purview in significant ways that seem especially pertinent today.

The Rose Museum’s exhibition Sharon Lockhart / Noa Eshkol is billed as a two-person show: of the Los Angeles–based artist and filmmaker Lockhart and the Israeli choreographer and textile artist Eshkol (1924–2007). The two women never met, but nevertheless, the project is a collaboration spanning time and geography; Lockhart’s discovery of Eshkol’s work on a 2008 trip to Israel inspired the multi-channel video work Five Dances and Nine Wall Carpets by Noa Eshkol (2011), for which Lockhart staged and filmed Eshkol’s students performing her choreography against the backdrop of Eshkol’s wall carpets. The work is an elegant installation of dancers moving in synchronized motion on multiple screens that unfold beautifully within a single gallery.

I may be predisposed to like an exhibition whose title includes both a pun and a hash tag, but #techstyle at the MFA is also just a sensorial (and sartorial!) delight. Exploring the ways technological advances are changing the way designers design, it includes garments that not only make use of 3D-printing, recycled materials, LEDs, and laser technology but also cut striking silhouettes. Sumptuous, perplexing, and beautifully installed, the exhibition celebrates innovation, ingenuity, and cross-disciplinary collaboration, some of it taking place right here in town.

Off the Wall: Gardner and Her Masterpieces
Isabella Stewart Gardner Museum
Through August 15

Isabella Gardner, who died nearly a century ago, famously insisted that her art collection always remain in place in the palazzo museum rooms that she created. Now, due to roof repairs, the museum has temporarily moved a selection of paintings, and visitors may see these artworks up close and in a new light. Around the paintings weaves the story of Gardner herself: a fascinating traveler, collector, and patron of the arts. Archival material helps tell the story of how and why she amassed her collection.

Julien Prévieux, What Shall We Do Next? (Sequence #2), 2014. Single-channel video; color, sound. Courtesy of the artist and Galerie Jousse Entreprise

I’m anxious to see the Parisian artist Julien Prévieux’s exhibition at the RISD Museum in Providence (not Boston, but close!); as anyone who knows me knows, I’m always excited to see dance in a museum setting. With two video installations, What Shall We Do Next and Patterns of Life, Prévieux explores the ways that technology is dictates new body movement—how we use laptops, game consoles, mobile phones etc. He engages professional dancers to recreate these movements removed from the devices themselves, creating a kind of 21st-century Judson Church dance.

Also not to be missed:

Laurie Simmons: In and Around the House at the Addison Gallery of American Art at Phillips Academy Andover