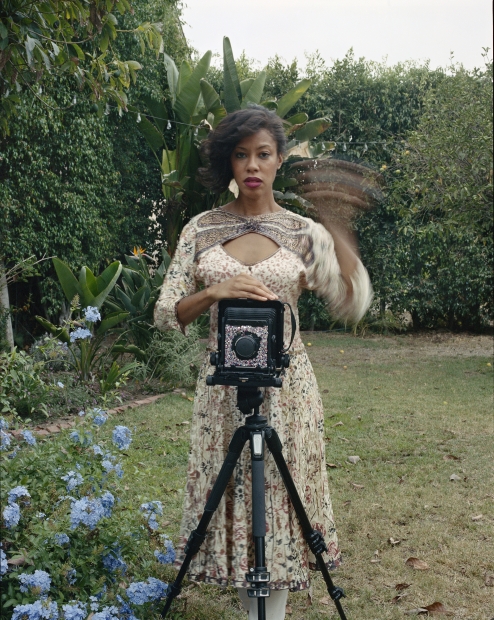 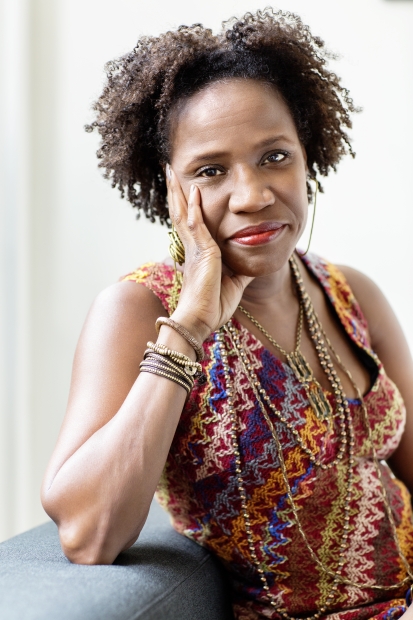 Tickets are FREE and available online one week before event at 10 AM. Limit 2 per person. Please check in by 6:45 PM. Unclaimed tickets will be released 15 mins before event
Get tickets

Deana Lawson’s highly staged, large-format color photographs construct narratives of family, love, intimacy, and desire using a wide range of photographic languages, from the studio portrait to the family album. Neither documentary nor biographical, her pictures tell stories to reclaim an expansive and diasporic Black experience. Indeed, for Lawson, photography’s potential and fraught history makes it perfectly suited to the challenges of representing what she describes as “the majesty of Black life, a nuanced Black life, one that is by far more complex, deep, beautiful, cryptic, celebratory, strange, and poetic.” On the occasion of the survey exhibition Deana Lawson, join the artist and Tina M. Campt, Owen F. Walker Professor of Humanities and Modern Culture and Media at Brown University, in conversation on Lawson’s work and practice within narratives of Black visual cultures today.

Deana Lawson (b. 1979, Rochester, NY) lives and works between New York and Los Angeles. Lawson received her B.F.A. from Pennsylvania State University (2001) and M.F.A. from the Rhode Island School of Design (2004). Lawson is the recipient of a Guggenheim Fellowship (2013), Aaron Siskind Fellowship Grant (2008–09), and a New York Foundation for the Arts Grant (2006), among others. In 2020, she was selected for the Hugo Boss Prize, the first photographer to receive the award in recognition of achievement in contemporary art. She is currently the inaugural Dorothy Krauklis ’78 Professor of Visual Arts with the Lewis Center for the Arts at Princeton University.

Tina M. Campt is Owen F. Walker Professor of Humanities and Modern Culture and Media at Brown University, where she leads the Black Visualities Initiative for the Cogut Institute for the Humanities; she is also a Research Associate at the Visual Identities in Art and Design Research Centre at the University of Johannesburg. A scholar of black feminism, visual culture, and contemporary art, Campt is the author of A Black Gaze: Artists Changing How We See (MIT Press, 2021); Listening to Images (Duke University Press, 2017); and Image Matters: Archive, Photography, and the African Diaspora in Europe (Duke University Press, 2012).

The Artist’s Voice: Deana Lawson is made possible, in part, by The Ronni Casty Lecture Fund and The Bridgitt and Bruce Evans Public Program Fund.

Additional support for the ICA/Boston presentation is generously provided by Bridgitt and Bruce Evans, Aedie McEvoy, Kambiz and Nazgol Shahbazi, Kim Sinatra, Charlotte and Herbert S. Wagner III, and the Fotene Demoulas Fund for Curatorial Research and Publications, the Jennifer Epstein Fund for Women Artists, and The Kristen and The Kent Lucken Fund for Photography.