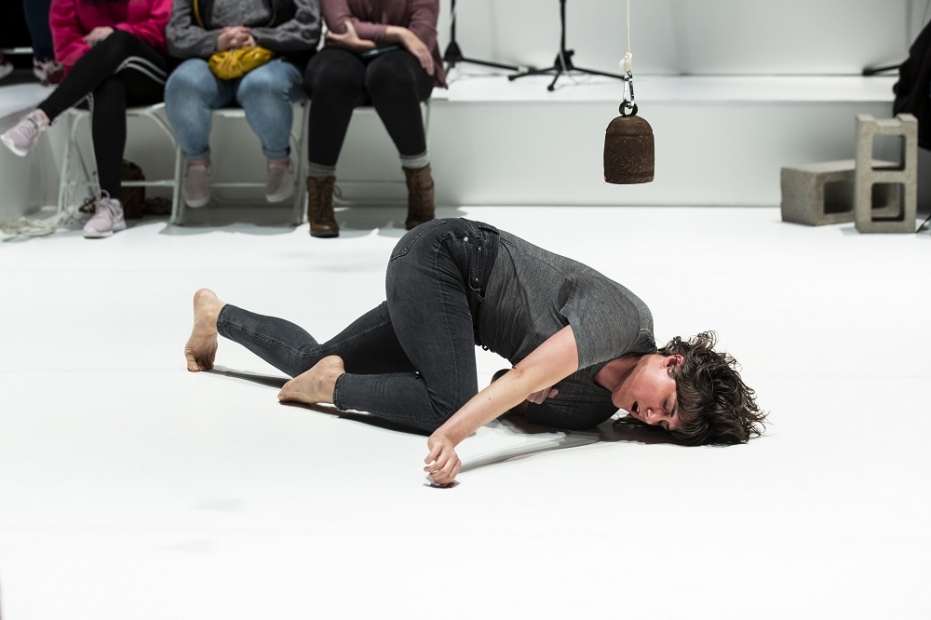 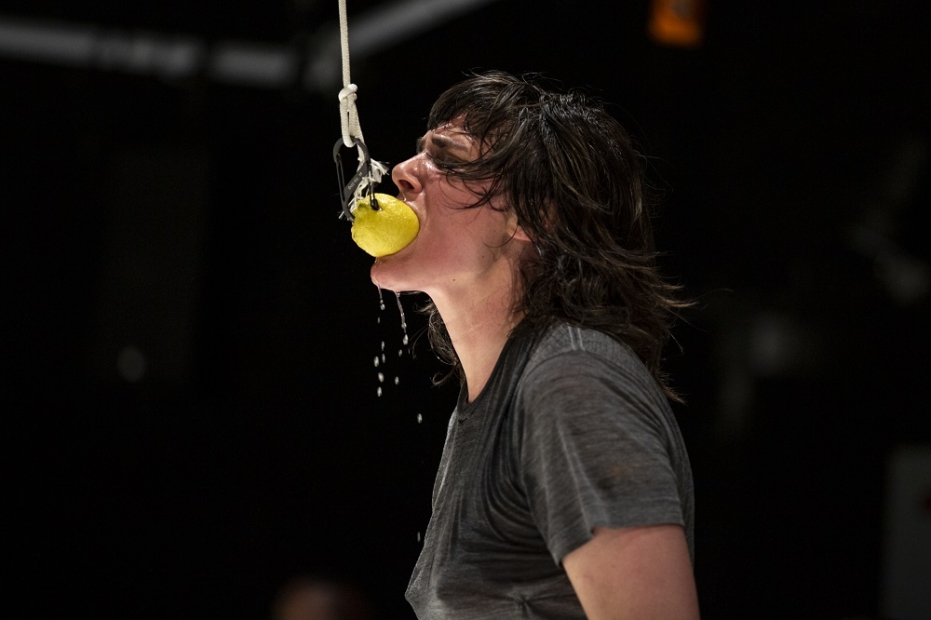 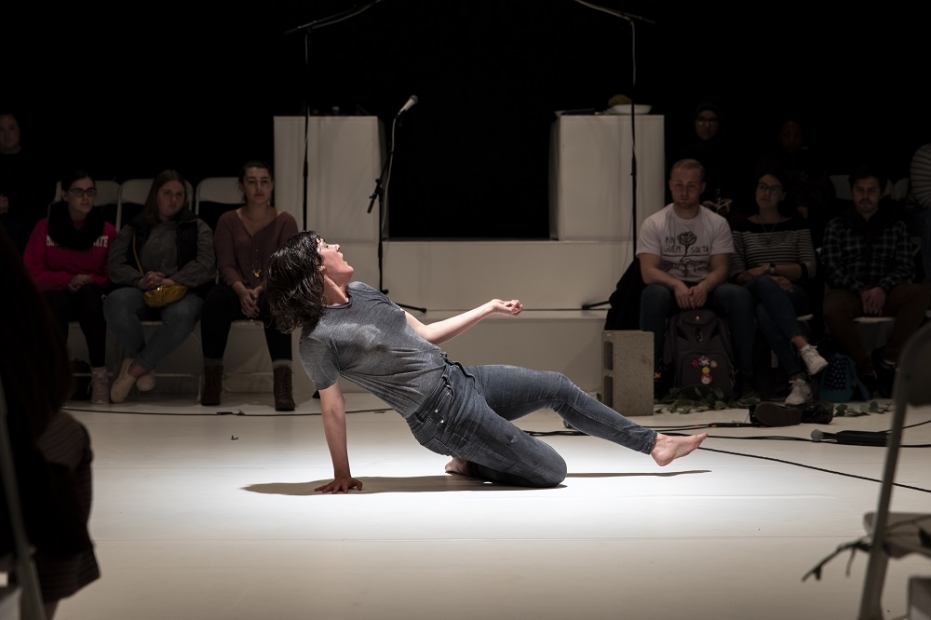 “A fierce proclamation of the ecstasy of living.”
—Montclair Local

Faye Driscoll’s Thank You For Coming: Space is a shared rite of passage—an invocation of the transformative powers of presence, and of absence. Space unfolds within an intimate installation, wired for sound and upheld by pulleys, ropes, and the weight of others, where Driscoll appears alone with the audience. Through an alchemy of body, object, voice, and live sound, she builds a moving requiem for the human body and conjures a world that is, like ourselves, alive and forever changeable.

Space is the final performance in Faye Driscoll’s celebrated Thank You For Coming series—which includes the earlier works Play and Attendance, performed at the ICA in previous seasons. The trilogy summons the unnamed forces that surge between the viewer and the viewed in order to create a communal realm where our experiences are palpable, heightened and questioned. Space invites us to collectively confront life’s final flourishing, and tethers us to our potential for both the grotesque and the sublime.

Please note: There is no late seating and no intermission.

Faye Driscoll is a Bessie Award–winning performance maker who has been hailed as a “startlingly original talent” (Roslyn Sulcas, The New York Times) and “a postmillenium postmodern wild woman” (Deborah Jowitt, The Village Voice). Thank You For Coming is the umbrella title for a series of works that Driscoll began creating in 2012. Her work has been presented nationally at the Wexner Center for the Arts, the Walker Art Center, the Institute of Contemporary Art/Boston, MCA/Chicago, and BAM/Brooklyn Academy of Music, and internationally at La Biennale di Venezia, Festival d’Automne à Paris, Croatian National Theatre in Zagreb, Melbourne Festival, Belfast International Arts Festival, Onassis Cultural Centre in Athens, and Centro de Arte Experimental (Universidad Nacional de San Martín) in Buenos Aires. Driscoll is the recipient of the 2018 Jacob’s PIllow Dance Award and has received a Guggenheim Fellowship, a Creative Capital award, a NEFA National Dance Project Award, MAP Fund Grant, a French-U.S. Exchange in Dance Grant, Jerome Foundation Grant, a Foundation for Contemporary Art Grant, a Doris Duke Artist Award, and a U.S. Artists Doris Duke Fellowship. She recently choreographed for Young Jean Lee’s Straight White Men on Broadway, and for Josephine Decker’s feature film Madeline’s Madeline.

Thank You for Coming: Space was commissioned by Peak Performances as part of the Performing Arts Residency Lab (PeARL) at Montclair State University, New Jersey; and co-commissioned by the Walker Art Center with funds provided by the Andrew W. Mellon Foundation and the William and Nadine McGuire Commissioning Fund; and Wexner Center for the Arts at The Ohio State University through the Wexner Center Residency Award Program.

The work was made possible with generous support from the Doris Duke Performing Artist Awards Program and the Jerome Foundation, and developed with residency support from Camargo Foundation, the Pillow Lab at Jacob’s Pillow and the Rauschenberg Foundation.

Thank You for Coming: Space is a project of Creative Capital.