Face coverings will be required inside the ICA and the ICA Watershed for all visitors, regardless of vaccination status, beginning Saturday, August 7,  in accordance with updated guidance from the CDC and in alignment with fellow Boston art museums the Isabella Stewart Gardner Museum and the MFA. Learn more

Timed tickets are currently required for the Seaport location and are available now for August visits. Advance reservation is strongly recommended! Plan your visit 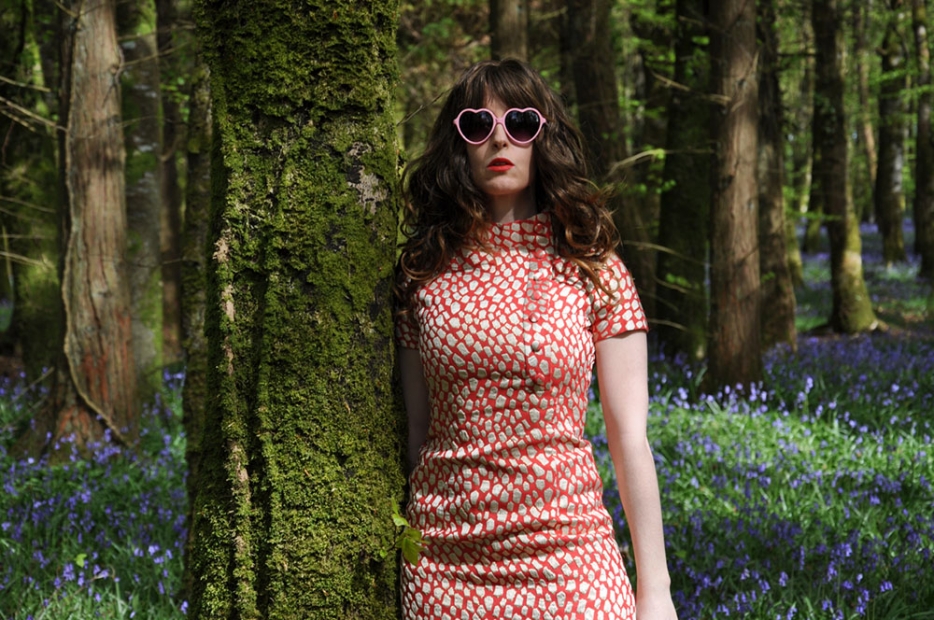 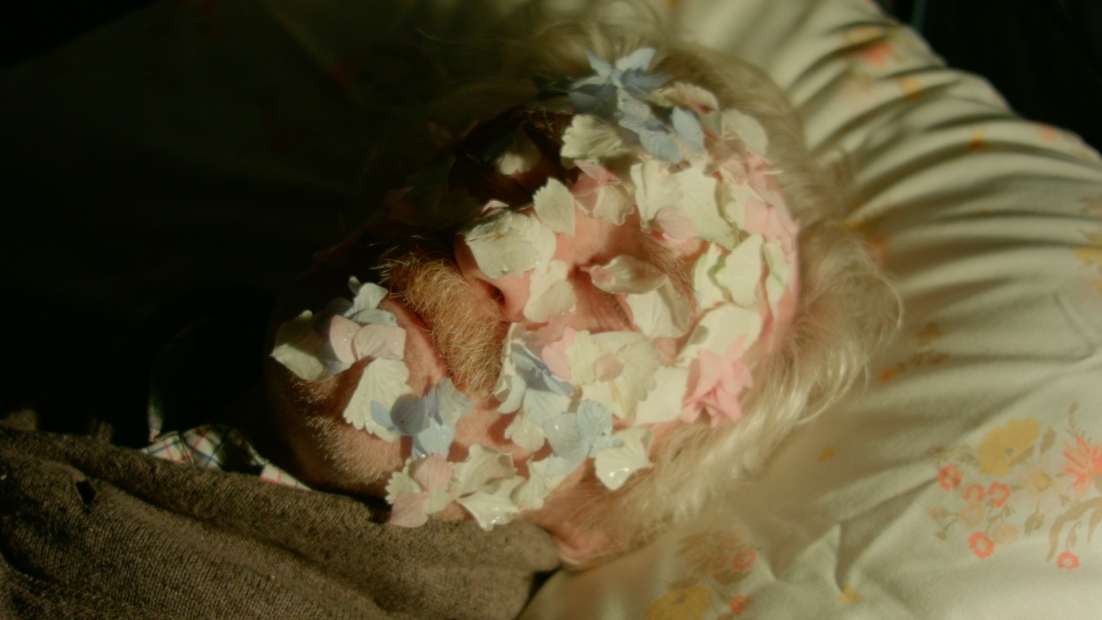 Still from AN GLÉACHT by Caoimhín Breathnach & Jennifer Walshe 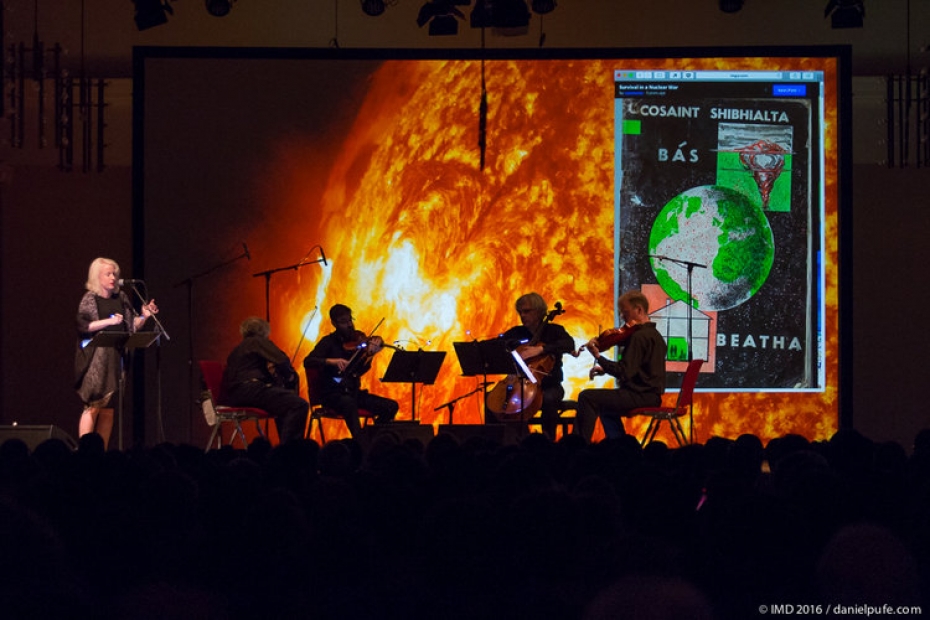 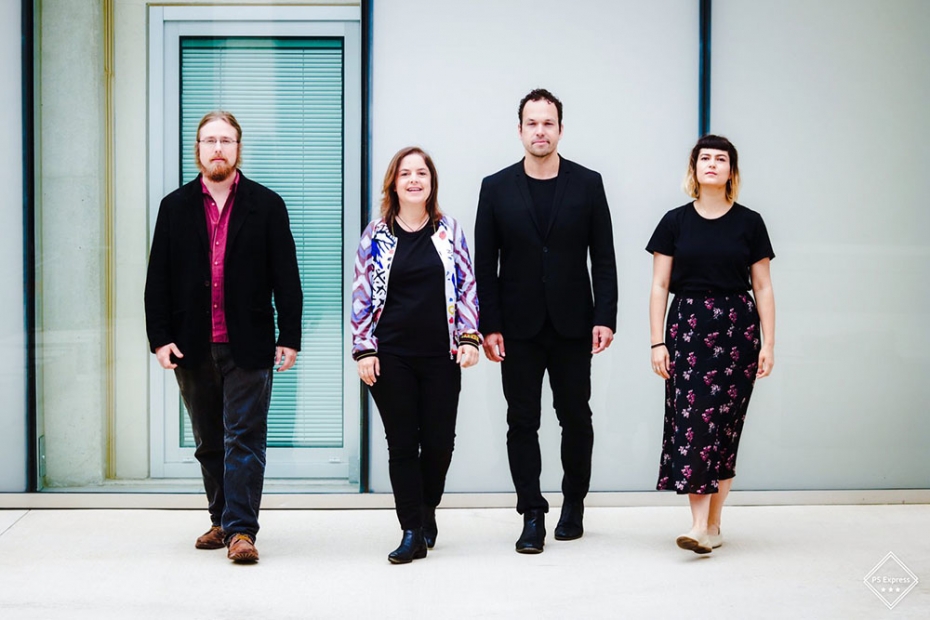 The Music of Jennifer Walshe featuring the Mivos Quartet, M.C. Schmidt, and Wobbly

Jennifer Walshe’s “work is flooded with human beings and objects, with teeming life in all its complexity – messy, funny, disturbing, joyous. (Journal of Music)

Award-winning Irish composer and vocalist Jennifer Walshe creates music that is impossible to categorize, incorporating explorations of video and performance art and live electronic improvisation. With imagination, wit, and more than a hint of the surreal, Walshe’s music playfully but pointedly explores the complications and complexities of the 21st century and the increasingly difficult task of separating fact from fiction.

At the ICA, Walshe presents two recent compositions performed by the acclaimed Mivos Quartet and improvisational musicians M.C. Schmidt, of the electronic duo Matmos, and Wobbly, an experimental electronic musician from San Francisco.

EVERYTHING IS IMPORTANT
“The piece is concerned with the texture of life in 2016 – technology, incipient disastrous climate change, vast financial inequality, the “dark euphoria” of Bruce Sterling, the Anthropocene. What’s it like to live in a time when the internet is embedded in our lives at an infrastructural level in the same way that electricity or the postal system or the NHS is, but the same time we’re not quite sure what to do with it or how it works, and the way that it works is changing continually.” —Jennifer Walshe

In EVERYTHING IS IMPORTANT​, Walshe considers our relationship with technology and the encroachment of the Internet on every face of life. The work is scored for voice, string quartet, and film; Walshe performs with the Mivos Quartet. Everything is Important articulates a world of rapidly accumulating information that arrives at a frenetic, nearly punishing speed.

AN GLÉACHT
AN GLÉACHT is based on an unfinished film by reclusive artist Caoimhin Breathnach. Throughout his life, Breathnach created “subliminal” tapes and films on astronomy, folkore, crystallography, and found video footage that he believed had the power to heal and shift consciousness. The artist spent the last years of his life planning a film called An Gléach, which he left unfinished at his death. Several years later, Walshe, Breathnach’s great-niece, completed the film, which will screen at the ICA with a live score performance by Walshe, M.C. Schmidt, and Wobbly.

“The most original compositional voice to emerge from Ireland in the past 20 years” (Irish Times) and “wild girl of Darmstadt” (Frankfurter Rundschau), composer and performer Jennifer Walshe was born in Dublin. Her music has been commissioned, broadcast, and performed all over the world. She has been the recipient of fellowships and prizes from the Foundation for Contemporary Arts, New York, the DAAD Berliner Künstlerprogramm, the Internationales Musikinstitut, Darmstadt, and Akademie Schloss Solitude among others. Walshe has written a large number of operas and theatrical works, including XXX_LIVE_NUDE_GIRLS!!!, an opera for Barbie dolls, and TIME TIME TIME, with the philosopher Timothy Morton, which The Wire described as “a sprawling opus that spans the history of the planet… like Robert Ashley meets Monty Python’s The Meaning of Life.” Her visual work has been exhibited in the Chelsea Art Museum, New York, Project Arts Centre, Dublin, and the ICA, London.

Co-presented by the Boston University Center for New Music

Jennifer Walshe on her strange, wonderful music projects: ‘I’m trying to say, this is what it’s like being alive’