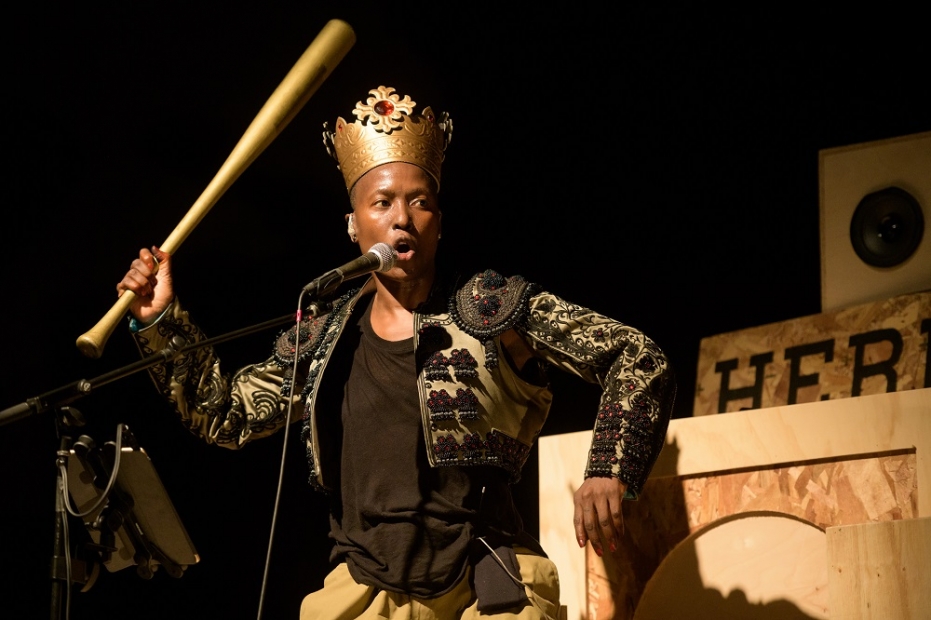 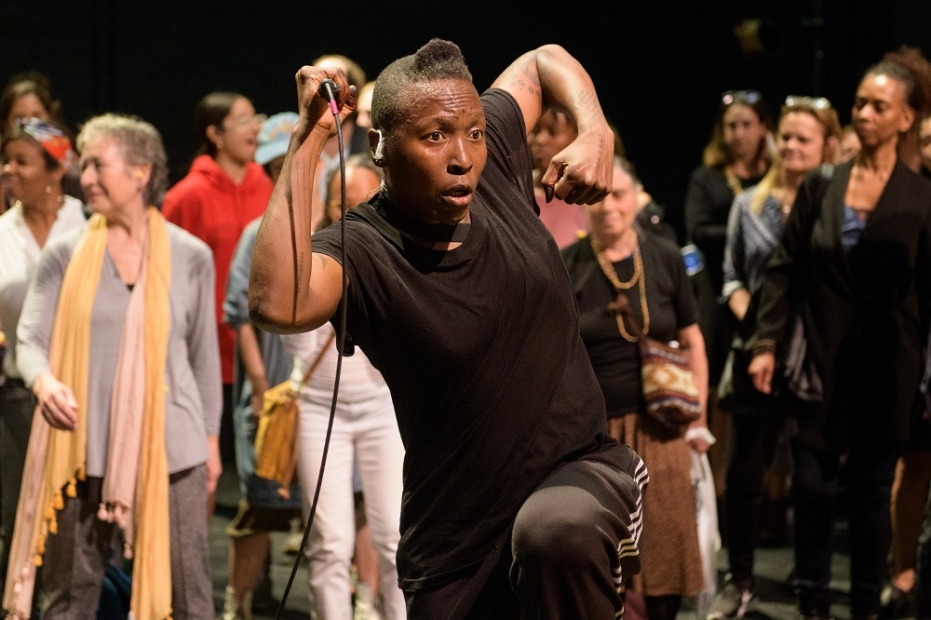 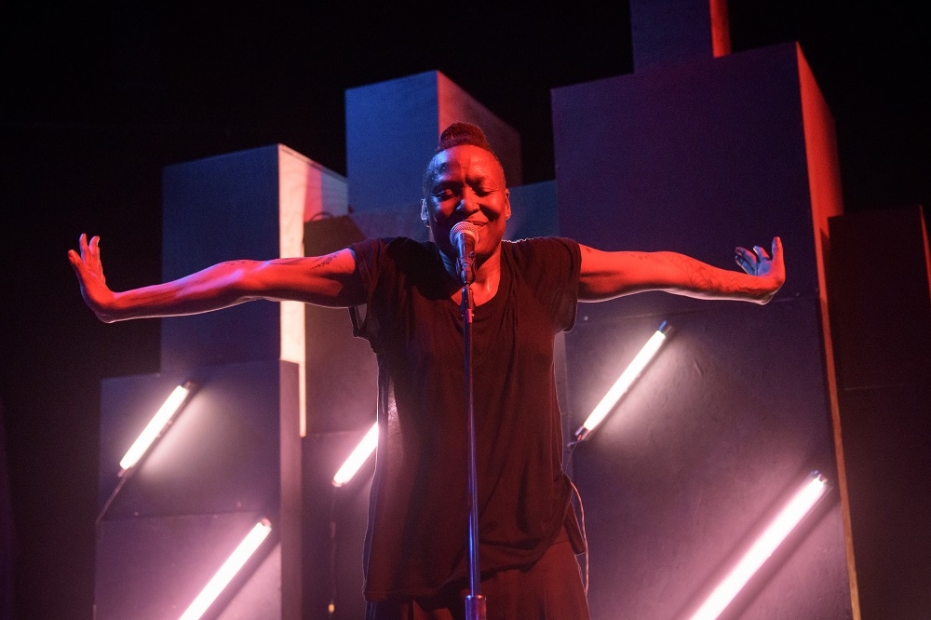 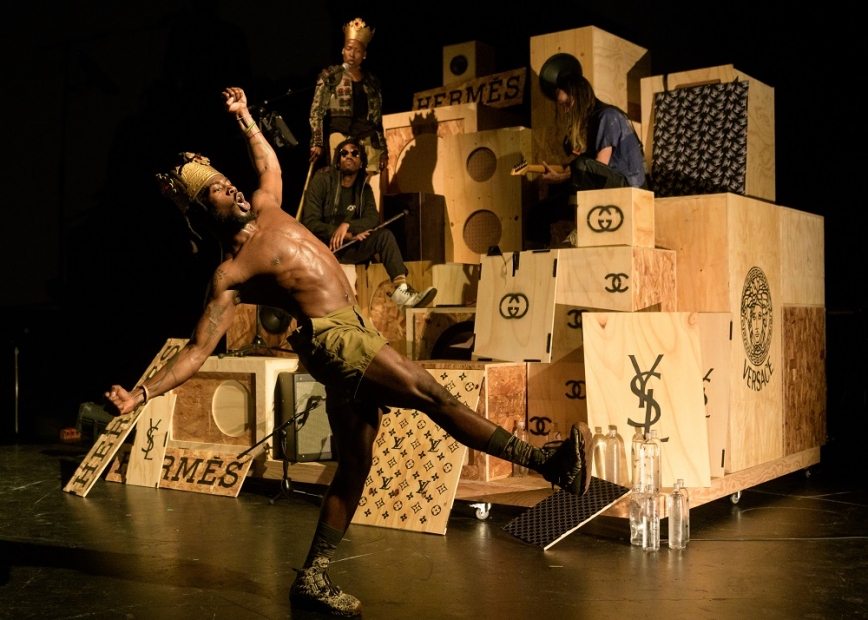 “Defiantly charismatic, the Zimbabwean-born choreographer Nora Chipaumire has long been a kind of rock star of dance.” —The New Yorker

Born in Mutare, Zimbabwe, and based in New York City, choreographer nora chipaumire challenges and embraces stereotypes of Africa and the black performing body, art, and aesthetics.

Inspired by her formative years in Zimbabwe, #PUNK 100% POP *N!&GA is a raw and visceral live performance album that confronts and celebrates punk, pop, and rumba through the radical visions of musicians Patti Smith, Grace Jones, and Rit Nzele. chipaumire and her company of dancers and musicians raucously question how status and power are experienced and presented through the body. Featuring a stage set designed by visual artists Ari Marcopoulos and Kara Walker, the work is a continuation of chipaumire’s career-long investigation of portraiture and self-portraiture, biography, subjecthood, liberation, and independence as a black female and African.

The sessions can be performed separately, like single songs, or together as an epic song cycle, like an album. Together they paint a sonic and visual landscape, engaging voice, gesture, and sound clash installation. At the ICA chipaumire will present two sessions in each approximately two-hour performance.

Note: The audience remains standing for much of the performance. Accommodations will be made as needed.

Conceived and choreographed by nora chipaumire

Born in Mutare, Zimbabwe, and based in New York, nora chipaumire has been challenging and embracing stereotypes of Africa and the black performing body, art, and aesthetic. She is a graduate of the University of Zimbabwe’s School of Law and holds a M.A. in Dance and M.F.A. in Choreography & Performance from Mills College. She has studied dance in Africa, Cuba, Jamaica and the U.S. and has performed internationally in France, Italy, Japan, Senegal, Zimbabwe, and many other places.

chipaumire most recently received the 2016 Trisha Mckenzie Memorial Award for her impact on the dance community in Zimbabwe. She is also a 2016 Foundation for Contemporary Arts grant recipient and a 2015 Doris Duke Artist. She was awarded the 2007 Mariam McGlone Emerging Choreographer Award from Wesleyan University Center for the Arts and the 2012 Alpert Award in the Arts. She was a Hodder Fellow at Princeton University in 2014-2015, a United States Artist Ford Fellow in 2011, a MANCC Choreographic Fellow in 2007–2008, 2009, and 2015 and she is currently a fellow at The Institute for Creative Arts (ICA) at University of Cape Town.

chipaumire is a three-time New York Dance and Performance (aka “Bessie”) Awardee: in 2014 for the revival of her solo Dark Swan set as an ensemble piece on Urban Bush Women (UBW), in 2008 for her dance-theater work, Chimurenga, and in 2007 for her body of work with UBW—where she was a featured performer for six years and Associate Artistic Director (2007–2008).

The ICA’s presentation is funded in part by the Expeditions program of the New England Foundation for the Arts, made possible with funding from the National Endowment for the Arts, with additional support from the six New England state arts agencies.