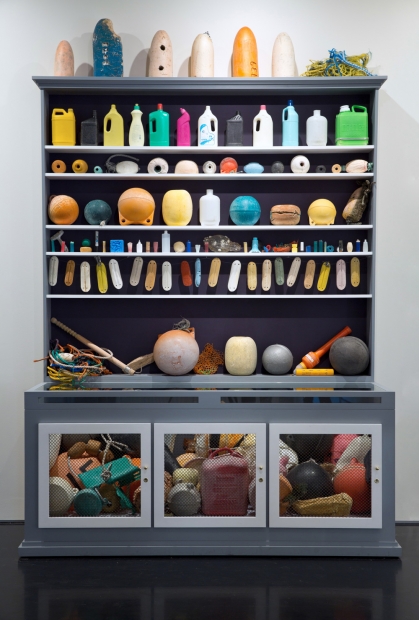 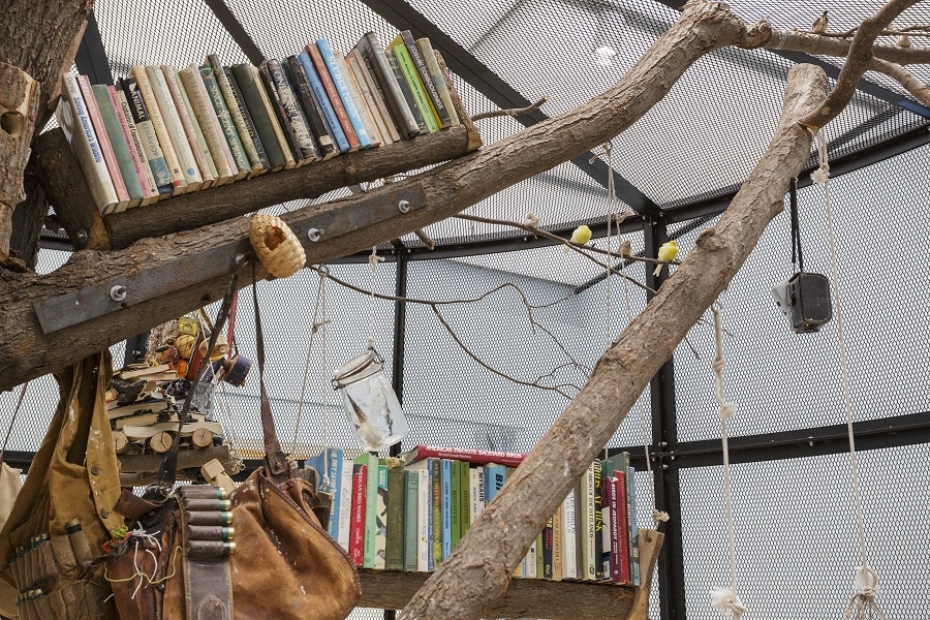 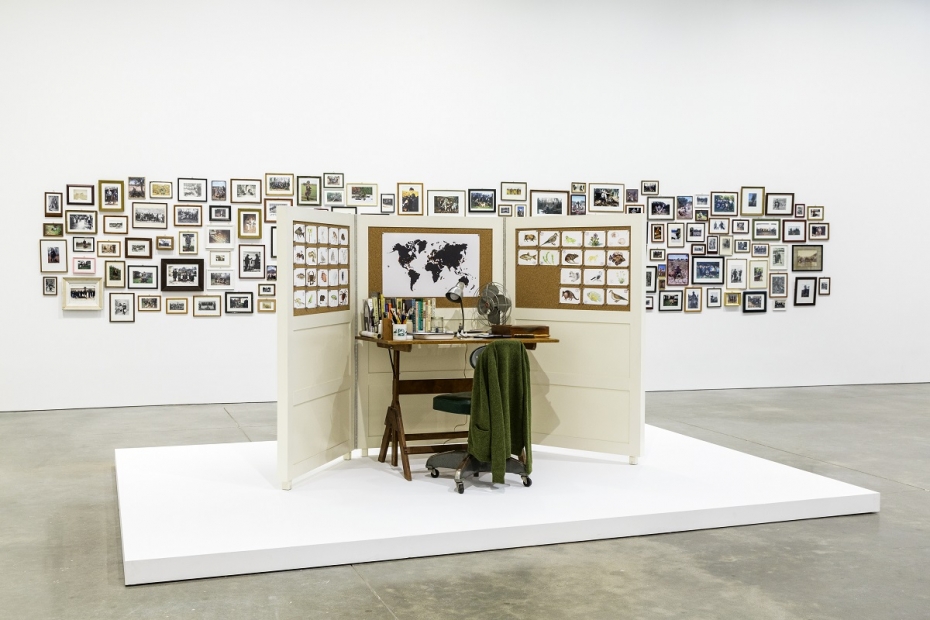 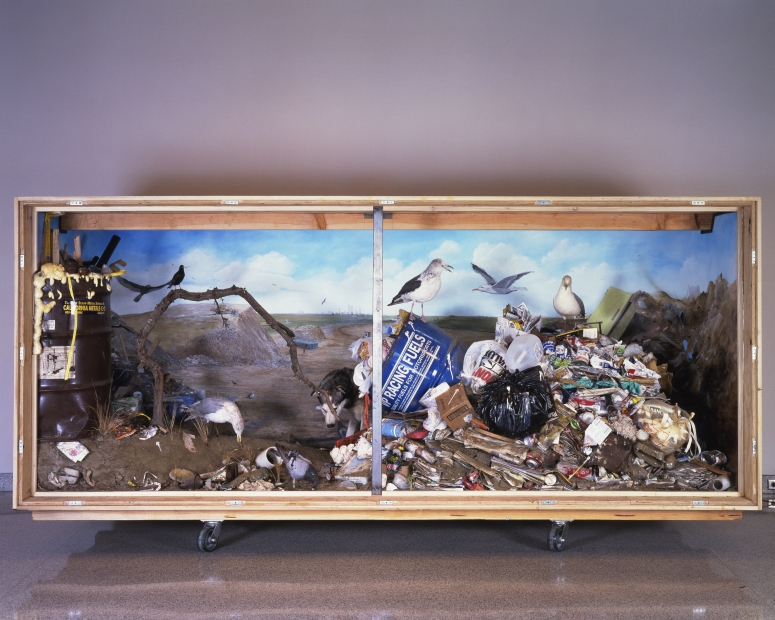 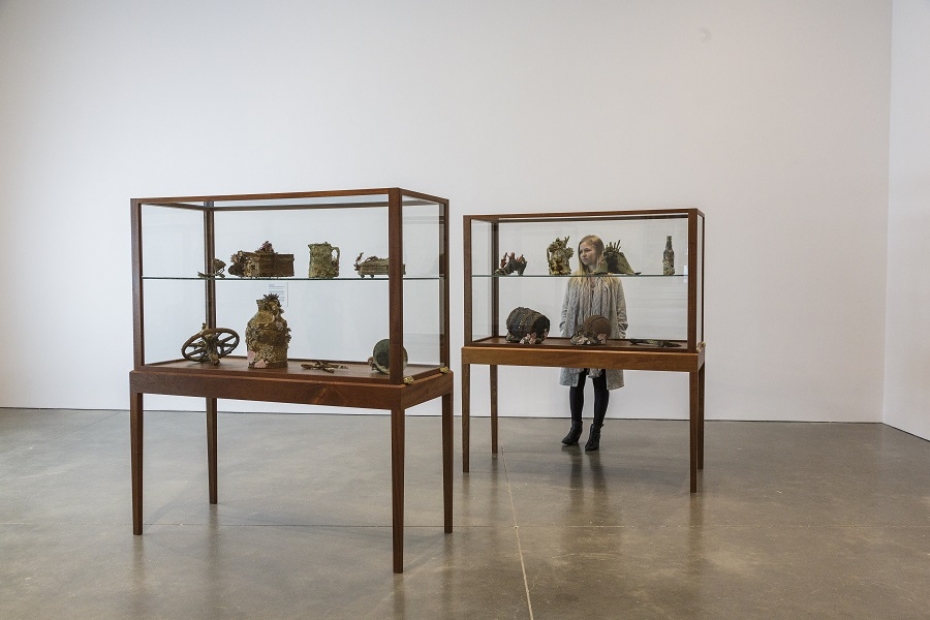 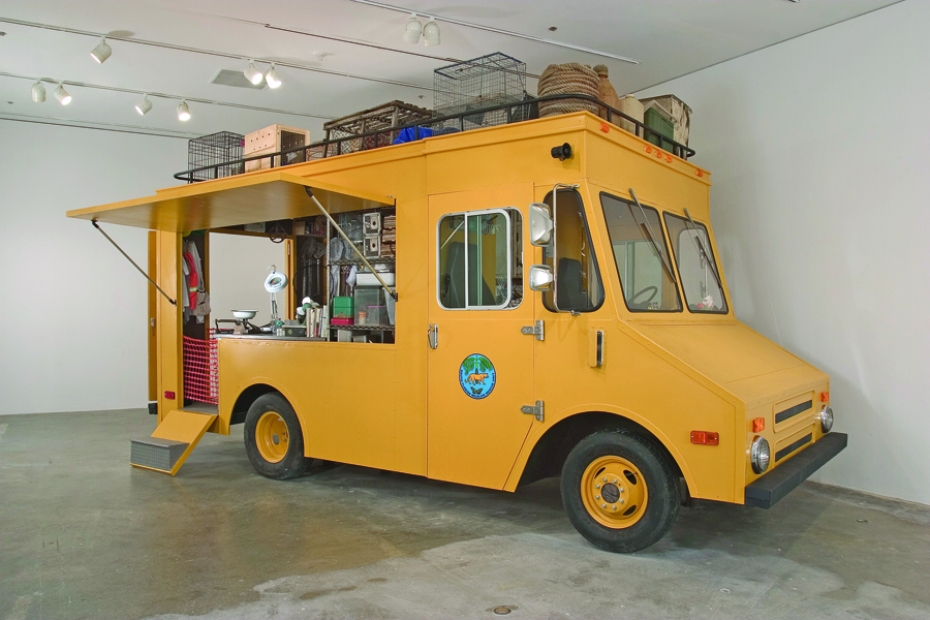 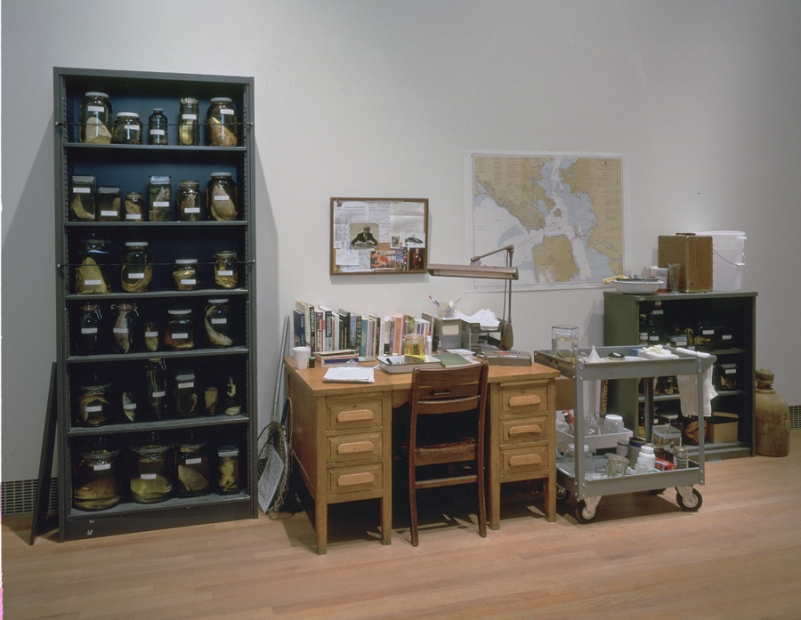 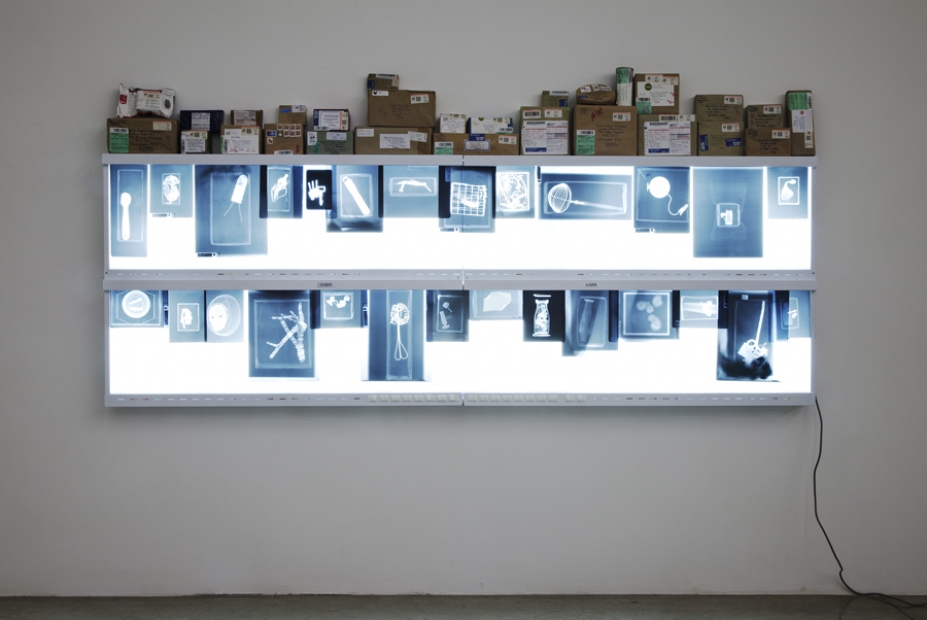 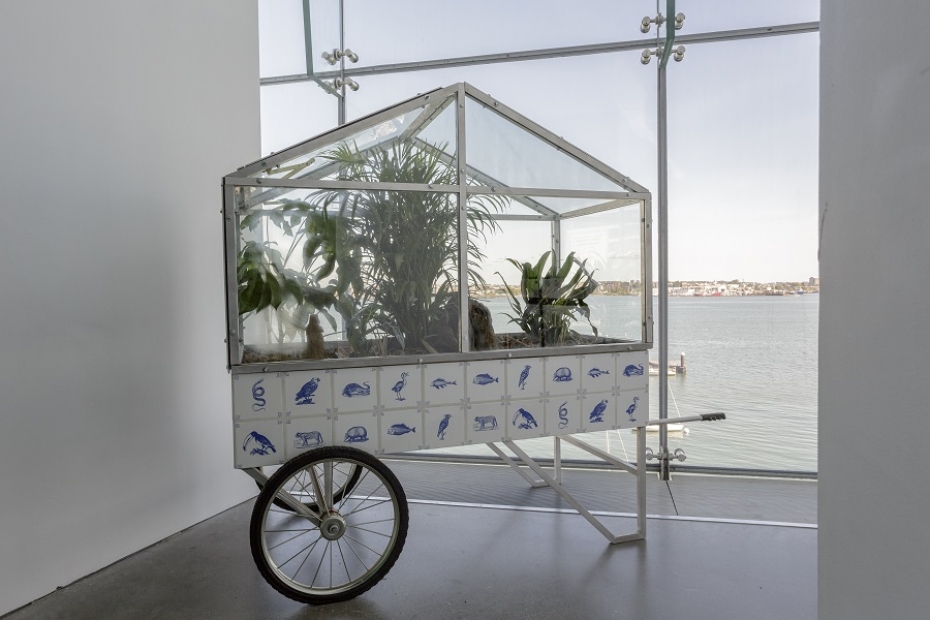 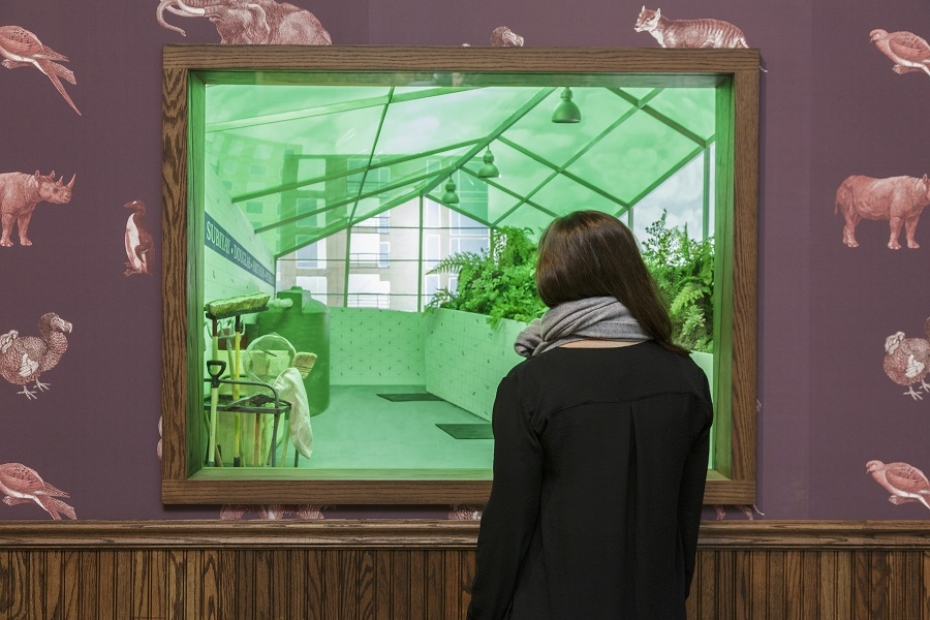 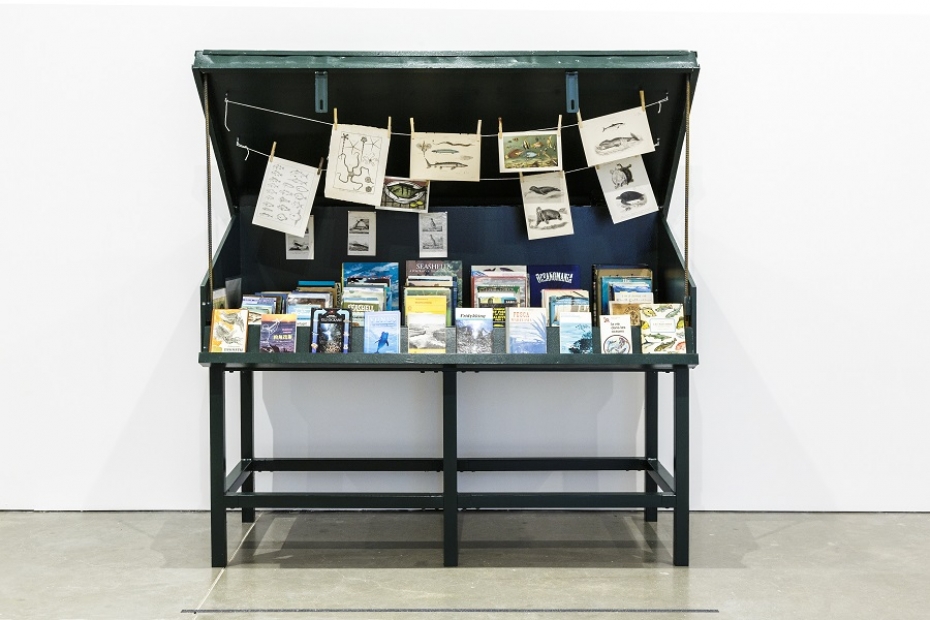 The ICA presents the first U.S. survey of the internationally recognized artist.

Mark Dion: Misadventures of a 21st-Century Naturalist, the artist’s first U.S. survey, examines 30 years of his pioneering inquiries into how we collect, interpret, and display nature. Since the early 1990s, Mark Dion (b. 1961, New Bedford, MA) has forged a unique, interdisciplinary practice by exploring and appropriating scientific methodologies. Often with an edge of irony, humor, and improvisation, Dion deconstructs both scientific and museum-based rituals of collecting and exhibiting objects by critically adopting them into his artistic practice. He has traveled the world to gather plant and animal specimens, conducted archeological digs, and rummaged through forgotten collections, arranging his finds into brimming curiosity cabinets and charismatic sculptures. His projects and exhibitions offer novel approaches to questioning institutional power, which he sees as connected to the control and representation of the natural world.

Organized around three of Dion’s primary methods—fieldwork, excavation, and cultivation—the exhibition traces his research-intensive work across media, time, and place, bringing together more than 20 of the artist’s most significant artworks, plus a newly commissioned interactive sculpture and a salon titled The Time Chamber containing ephemera, journals, prints, and drawings. The exhibition offers a rare look across the artist’s influential practice and distinctive material vocabulary.

The survey includes such seminal pieces as The N.Y. State Bureau of Tropical Conservation, 1992, and Toys ’R’ U.S. (When Dinosaurs Ruled the Earth), 1994. These two strikingly distinct collections—a storeroom of natural specimens gathered from a Venezuelan rainforest and a child’s dinosaur-themed bedroom—ruminate on consumption, extinction, and the global environmental crisis. In Rescue Archaeology, 2005 (being shown for the first time since its creation), Dion excavated the grounds of The Museum of Modern Art, New York, during a major expansion, salvaging and displaying fragments of wallpaper, architectural debris, and ceramics that speak to the museum’s history at a moment of irreversible change. In his immersive The Library for the Birds of New York/The Library for the Birds of Massachusetts, 2016/2017, Dion places in a gallery a 20-foot cage that houses live finches and canaries commingling with the accoutrements of ornithology—nets, binoculars, and books—arranged around a tree. This library about birds becomes a library for them, a home and a spectacle within the museum. In these and other works, Dion marries discourses of science with those of the art museum, revealing the interrelationships between the two as purveyors of knowledge and truth.

Hear artist Mark Dion and curator Ruth Erickson go behind the scenes about the works on view.

Major support is provided by The Andrew W. Mellon Foundation. 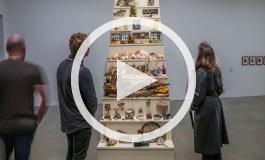 Mark Dion: The Classical Mind
In the store 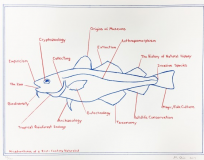